I just love frittata 🙂
Frittata tastes amazing – And it is a really nice & light summer dish ♥
It is great to serve it with something that is crunchy – Like crunchy & salthy rye bread sticks, as I use to serve it with.

What is frittata?
Frittata is kind of a Danish egg cake – An Italian egg cake .. Just a thinner version.

You can make frittata with with all sorts of food, but this frittata is with a lot of delicious salmon & (of course) a lot of eggs 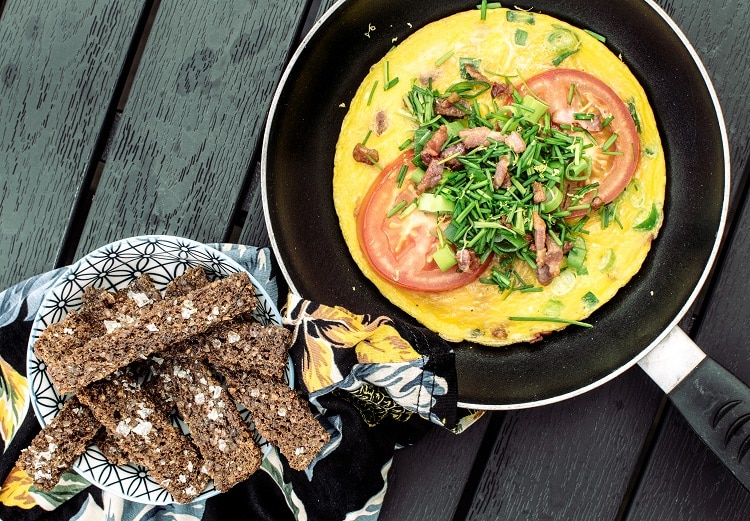